…
When it comes to place and heritage, I define myself first, as European, second as ‘from Barcelona’, third as a mixture of Spanish and Catalan, followed by a growing persona as a Liverpudlian with Glaswegian roots. For me, identity is always a work in progress, where even the unit of measurement is not fixed. Sometimes, I think of myself as belonging to specific cities, other times through national collectives. Yet, a constant through all of these is a sense of belonging to Europe. I am a European urbanite: I could feel as at home in Berlin and Belgrade as I do in Barcelona.

My certainty about this sense of belonging was reinforced during time spent in Australia and has become even more profound through collaborations with the United States, Canada, Asian and Latino American countries, which reveal to me that I am not from there. My points of reference do not originate from these continents, even if my popular culture takes much from them. I have learnt a lot from Sydney, Montreal, Buenos Aires, Taipei and Tokyo. But, an important part of this learning has been the growth of my appreciation for the possibilities of Europe; the European Dream, if you will. In the same way as the American version, this dream belongs uniquely to Europe.

Having lived in the United Kingdom for the past fifteen years, I have grown to learn that this sense of attachment to Europe cannot be taken for granted amongst all European nations, especially the United Kingdom. For many British people, Europe is described as ‘the continent’ in informal conversations, as if Great Britain is not a part of the same land mass – but then, which is its continent otherwise? ‘Europeans’ live across the water, not in the British Isles… The feeling of distance is accentuated when people speak of institutions, rather than cultures; and the bad cop here is undoubtedly the European Union (there is no good cop).

Who is to blame for this loss of connection to the continent and European institutions? It is hard to not point the finger at British politicians who, in their conduct of policy making, have not found ways to make Europe and the EU meaningful to people within their constituencies. This may be the biggest of errors, since there have been many examples of how the UK has benefited from European membership since 1973.

Indeed, the positive effects of EU membership can be seen in profound ways when examining urban and regional experiences of EU funding support across the UK. Liverpool, the city I now call home, is a remarkable case in point. 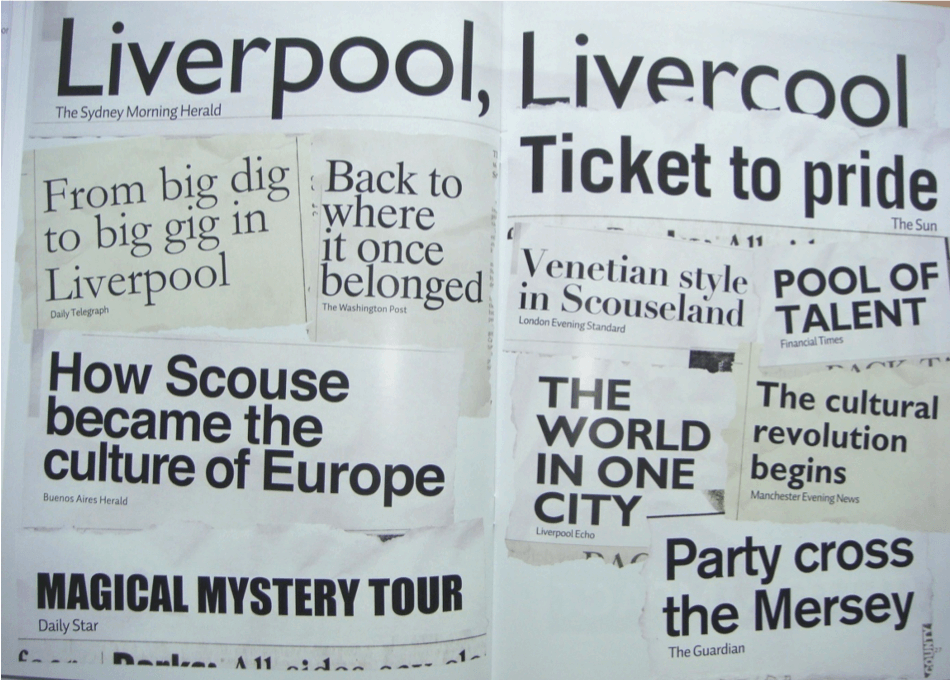 …
Liverpool was abandoned by the rest of the UK for most of the second half of the 20th century: marginalised, shrinking dramatically and showing no signs of recovery well into the 1990s. It is a city that had pioneered some of the most imaginative approaches to urban transformation, with distinctive docks and a warehouse network that earned Liverpool its World Heritage title in 2004. It also was amongst the first to engage in (back then, unheard of) cultural regeneration, led by the re-opening of the Albert Dock and launch of TATE Liverpool in 1988. But nobody was truly paying attention to this at the time and most across the UK (popular opinion, in particular) continued to turn their backs on Liverpool.

Securing EU Objective 1 status in 1994 is a clear indication of how low the city had fallen. But this was also the beginning of Liverpool’s spectacular come-back as a European cultural centre with global appeal. Between 1994 and 2013, Liverpool and Merseyside attracted over £2bn in EU funding, with an additional £450m in the pipeline for 2014-2020. By 2003, the city had also secured the 2008 European Capital of Culture title against fierce British competition. The combination of large capital funding plus a platform to celebrate and condense attention in 2008, pushed Liverpool to complete its most pressing urban transformation needs and enabled it to finally tell a story that would be heard.

Liverpool is a city with an Atlantic rather than continental projection, both geographically but also in its ambitions: in many ways, the city’s character feels closer to New York and Shanghai than it is to Brussels. But Europe is not just Brussels. It is also Marseille and Bilbao; it is Barcelona and Hamburg and Berlin. If we understand Europe thus, then, Liverpool is even closer to Marseille than it is to London (or even Manchester!).

How we define ourselves, which alliances we treasure, which peers we think of as neighbours, where we take our inspiration to be part of a bigger family, is largely up to our emotional as well as pragmatic ties. There is a pragmatic reason to remain within the EU. For culture at large and for cities in dramatic decline, EU policies and funding frameworks have been a critical source of support and targeted intervention that remains largely unmatched by successive UK national governments. Beyond this, it is time that we think of the emotional and inspirational ties as well: of the value of fully engaging with the many other cities going through a similar journey and sharing much of the same cultural and industrial heritage.

The European Capital of Culture (ECoC) programme has been forever transformed and made truly relevant to contemporary Europe, largely thanks to two British cities and their daring questioning of what we think of as culture: first, Glasgow in 1990, the city that opened the door to non-widely recognised cultural centres and proved that cities in the margins have much to tell and inspire others with; then Liverpool in 2008, the city that showed how to document urban renaissance and provide irrefutable evidence that cultural intervention changes places for the better. In turn, the European Capital of Culture title has given an unparalleled spotlight to these cities, helping them tell their stories on their terms, when nobody else would listen.

The UK punches high above its weight in our global community and this can allow it to be magnanimous in Europe. It has influence all over the world in ways that are unrivalled and irreplicable. What Britain does for and with Europe can shape the values of non-European nations who aspire to bring about economic stability and democratic governance. British talent has international influence and outreach, much of it is thanks to the continuous exchange it enjoys with other countries. It is a profound decision to leave one’s home country and migrate to another, one of the biggest decisions anyone will make during their lives. Yet, we seem to have lost respect for this significant undertaking. The dividend of such new inhabitants may sometimes be hard to see, but when the dust settles on all of the disagreements about money and resources, there are lives that remain whose sense of belonging and community becomes wedded to the areas they now occupy. The legacy of this and the way in which such value transfers across generations is the greatest benefit a nation can garner and there is no financial price that can be attached to this.

The EU has made a positive contribution to the UK and its cultural scene: it has provided global platforms that have brought greater status and visibility to its cities and regions. The EU and its members have championed the UK, celebrated UK talent and, by offering as close partners a critical mass of countries with equal levels of historical weight and global outreach, it has added invaluable credibility to UK achievements.

Liverpool can love New York and glance towards Shanghai, but these cities look back on Liverpool as a city within Europe, and this strengthens its importance. As our recent history proves, having a leading voice in the EU is the best way for the UK and, most importantly, its diverse cities and regions, to retain and grow their capacities, as centres of culture with relevance worldwide.

It is said that if the mythical birds atop the Liver Building in Liverpool were to fly away, the city would fall. But if the UK were to leave Europe, then there are many other cities and towns which will be incapable of rising up from the ashes and being Great in Britain again.