This area considers the vitality and sustainability of the cultural system and creative economy of Liverpool. Sub-themes include: profile of the sector and evolution over time, with an emphasis on the positioning of grassroots art organisations; levels of confidence as well as perceived advancements within the city’s arts sector by its key stakeholders.

This theme expands on some of the areas explored by Impacts 08 but focuses on one main project, dedicated to mapping the city’s grassroots cultural assets and their evolution over time.

Following on from a 2007 study looking at grassroots cultural organisations in Liverpool, this project involves mapping cultural assets within the city and providing a snapshot of change over the last ten years. This research project is designed to explore the state of grassroots and alternative culture in Liverpool, in the context of the city’s regeneration programme in the run up to the ECoC and comparing it a decade later to consider what has changed in the city over this period.

This 2018 study will analyse current data on grassroots organisations and compare and contrast data from the two periods as a means of exploring the impact that the ECoC has had on the current cultural offering in the city. This will involve: 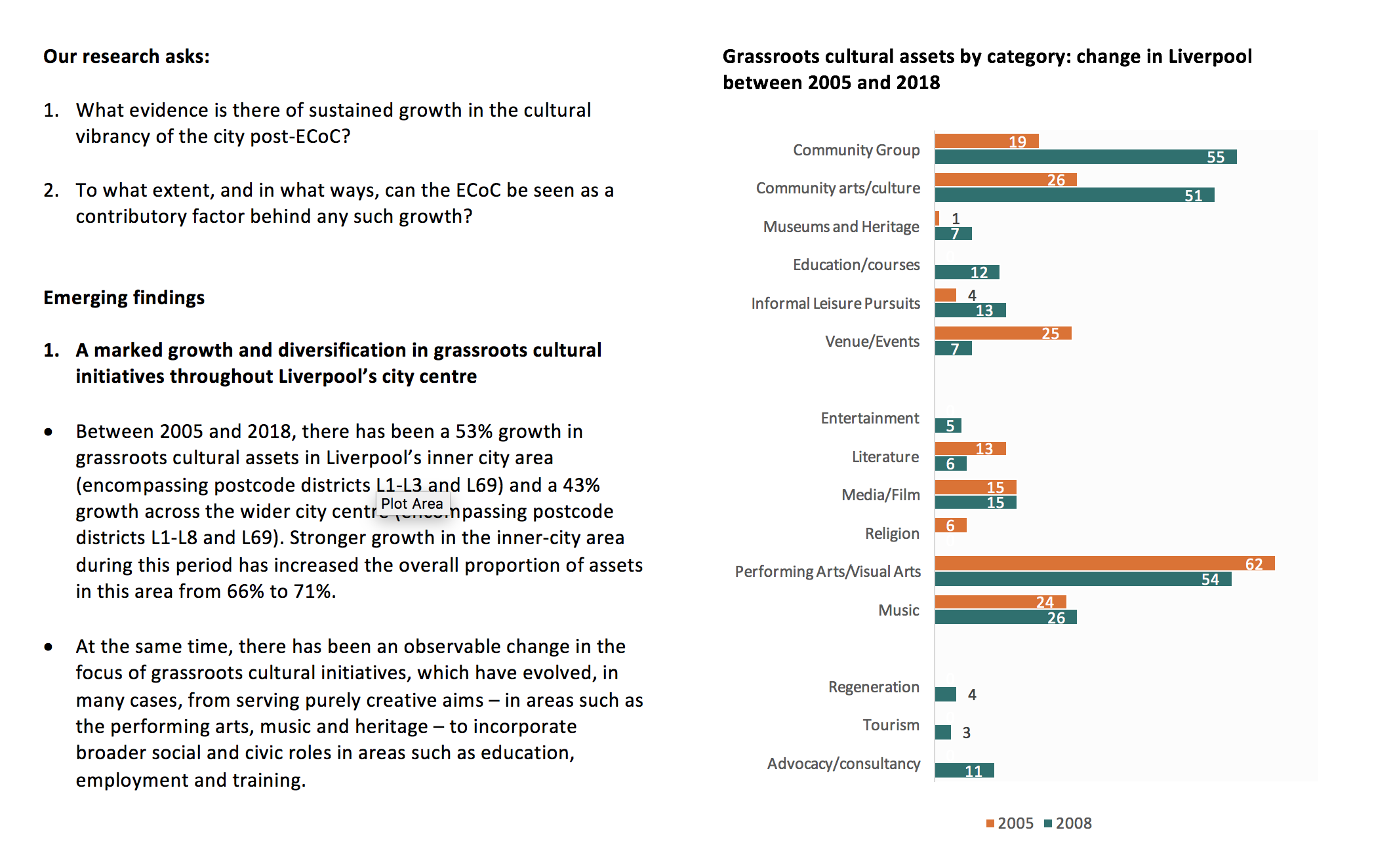