The ICC is monitoring media reactions to the news that the UK 2023 European Capital of Culture selection will not take place, as scheduled, at the end of November 2017. In a letter sent to the UK Department for Digital, Culture, Media and Sport (DCMS), which was leaked by the website Politico, the European Commission advised that the selection process for the five bidding cities be discontinued immediately, principally on the grounds that, according to the official rules of the programme, entry is not permitted for non-member states “except … under strictly defined conditions”.

Responding to the decision, DCMS stated that it was “deeply disappointed” and indicated that it is in “urgent discussions” with the European Commission. The five candidate cities — Belfast / Derry, Dundee, Leeds, Milton Keynes and Nottingham — have themselves reacted with a mixture of disappointment and frustration at the announcement. The Dundee bid team described the news as a “bombshell” and criticised what they described as the “disrespectful” timing of the announcement by the Commission; whilst a spokesperson for Belfast City Council said that the city was “deeply disappointed” by the news. However, several of the candidate cities indicated a desire to build upon the valuable work already undertaken in connection with their bids, regardless of the outcome of negotiations with the Commission. 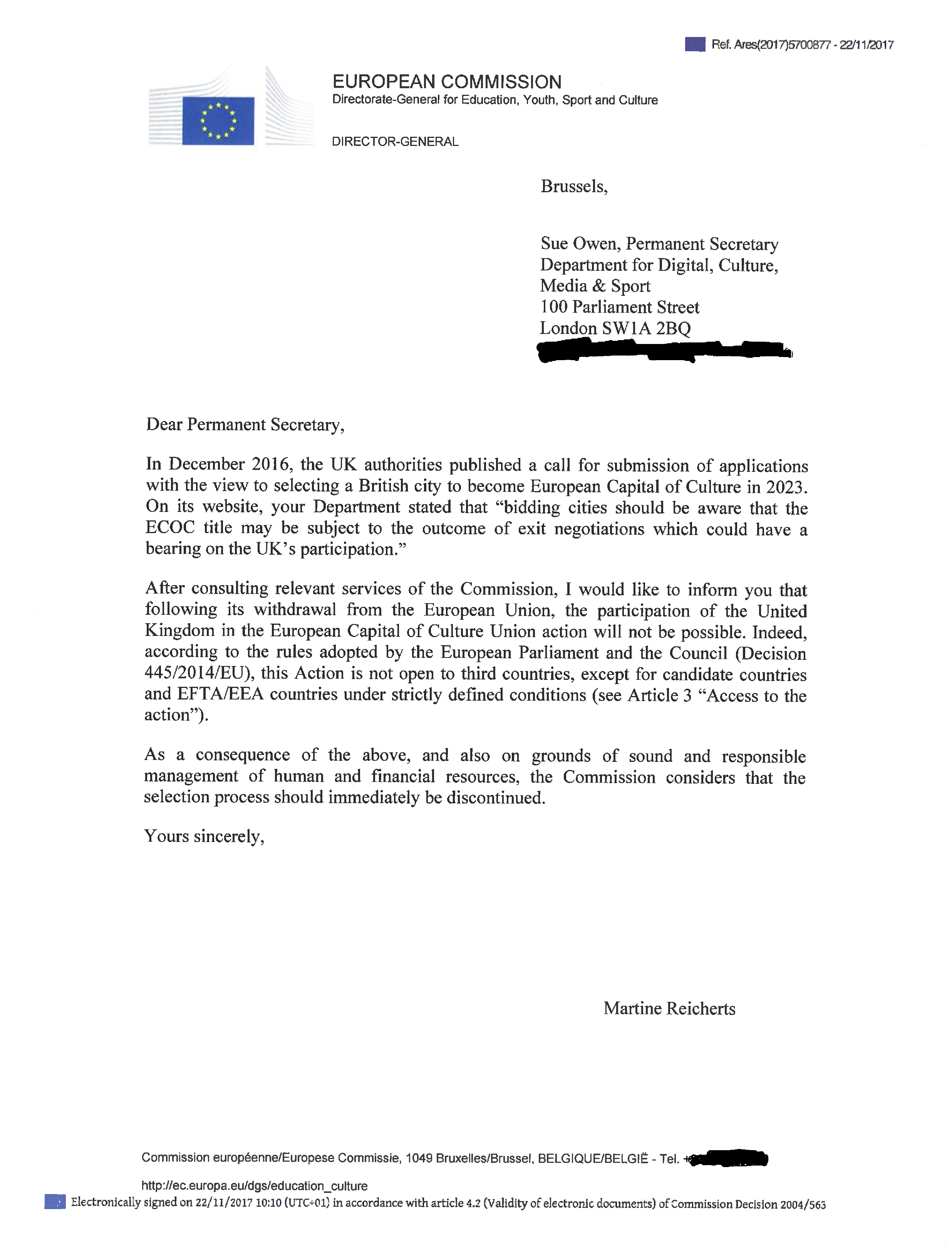 Immediate political and media reactions to the decision have reflected the deep fissure, within the UK, over the issue of Brexit more generally, with sources pinning the blame either on Brexit and the UK government or the European Commission. In a statement, DUP MEP, Diane Dodds, opined that the decision represented “needless and spiteful posturing by the Commission” — an assessment shared by the Conservative MP for Milton Keynes South, Iain Stewart, who criticised the “very bitter decision“.

In contrast, First Minister Nicola Sturgeon described candidate city Dundee as the “latest victim of the Tories’ obsession with taking this country out of the European Union against our will“; whilst Sinn Fein councillor for Belfast, Jim McVeigh, described the news as “yet another example of the disaster that Brexit continues to be for Ireland.” In the press, the Independent suggested that “Theresa May’s decision to pursue a hard Brexit and leave the European Economic Area (EEA) and single market appears to be responsible for the cancellation of the UK’s hosting.”

Following the announcement, the experts appointed to the selection panel for the 2023 UK bidding process issued an open letter, expressing its appreciation for the hard work and enthusiasm of the candidate cities, and underlining its belief in the potential for culture and the arts to play an important role in reconciliation and cooperation. 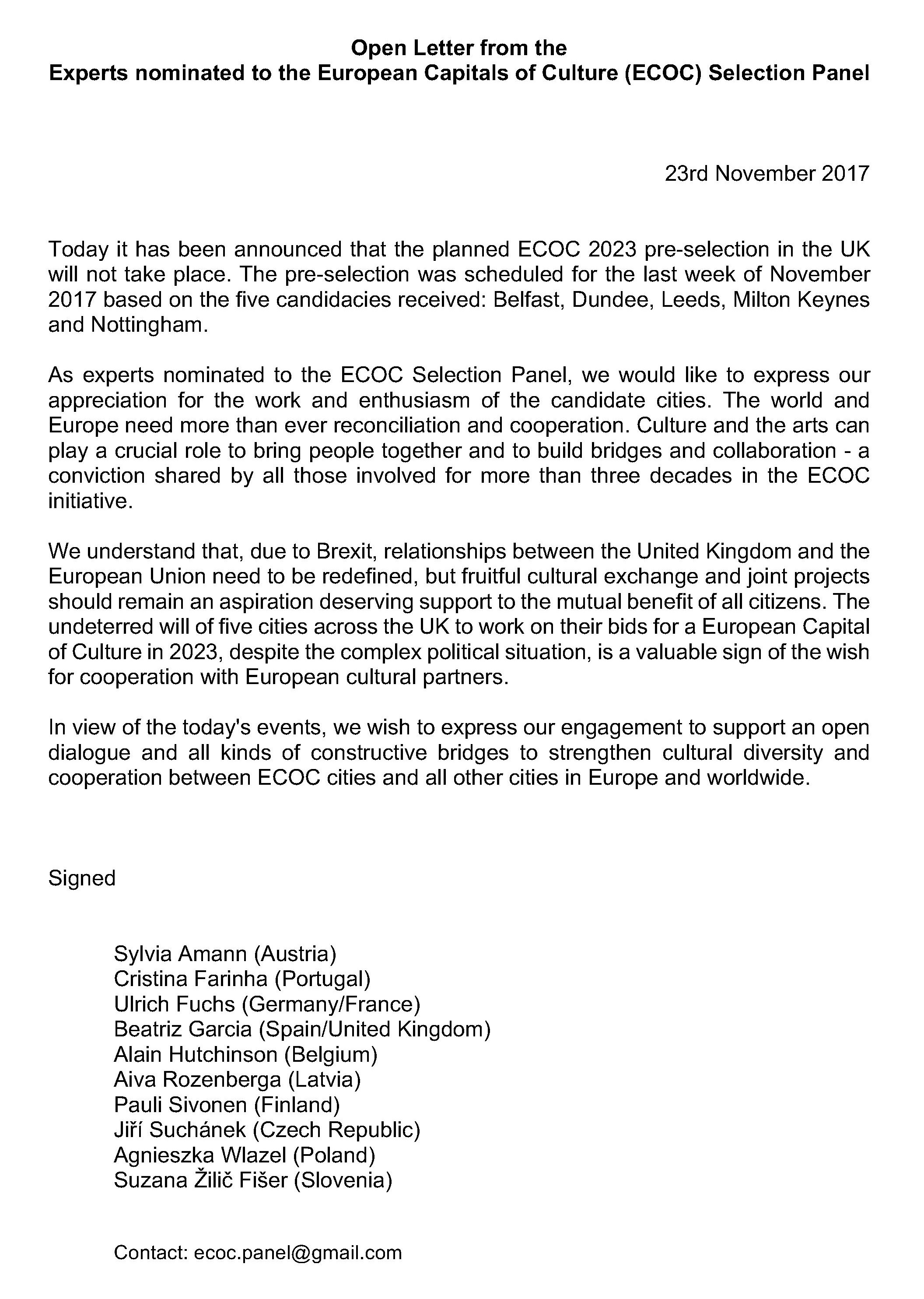 Revisit the ICC website for updates and commentary on developments as they unfold.