Can major cultural events improve the image of cities?

One of the key claims about major cultural events is that they can transform the image of a city, leading to widespread social and economic benefits.

Underpinning that claim is the idea that increased and positive media coverage helps to boost the image of a city hosting an event, such as European Capital of Culture (ECoC). But there has been little tangible evidence to support this perception – hence my research.

Although media analysis on its own has limitations as a tool to capture the cultural value of ECoC and large-scale cultural events, the role of print, broadcast and digital media on shaping public opinion cannot be underestimated – as any savvy city marketing manager knows.

I focussed on how the media represented two high profile examples – Glasgow 1990 and Liverpool 2008, which took place in the early and later stages of the ECoC title. Both cities suffered from similar image problems and were ridden with widespread stereotyping.

We have to remember that Glasgow 1990 was staging its major event before marketing a city was commonplace. Over the next 18 years cities from Barcelona to Birmingham started to proactively market themselves as destinations, and media coverage of cultural events shifted – with a plethora of new digital communication channels opening up. 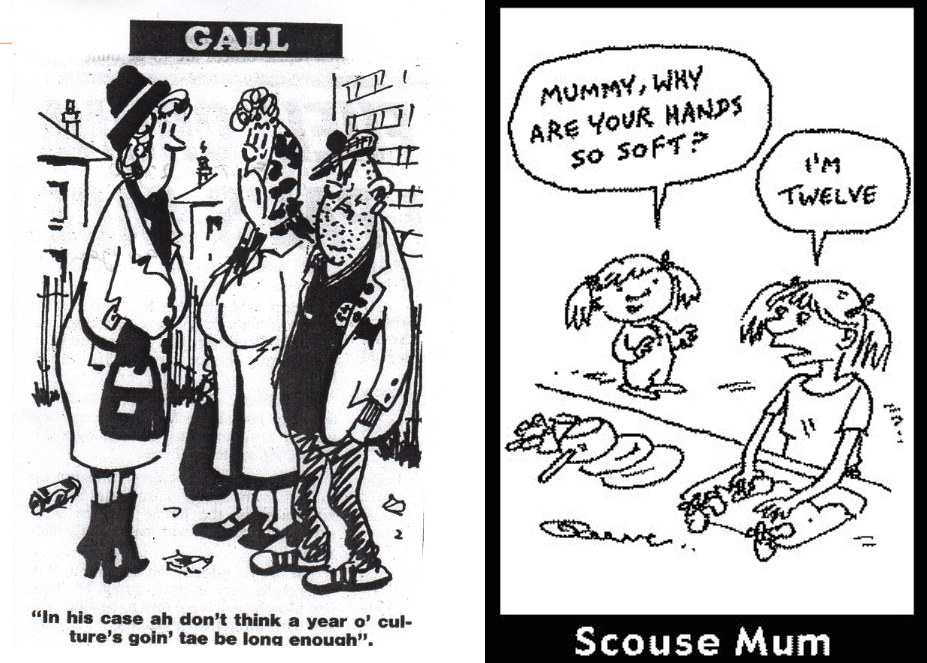 At the time of Glasgow 1990 it was a novelty to think of culture as having any economic value. The event set the foundations for how cultural events, and ECoC in particular, can regenerate a city – and it helped to shape discussions on urban cultural policy.

Sceptics doubted that a working class city like Glasgow could attract highbrow culture. One of the clearest findings in my research is that there were low expectations about what could be achieved, and this was reflected in the small amount of press coverage at the bidding stage in 1986. Some of the more negative press coverage pandered to old stereotypes.

It was the unexpectedness of Glasgow’s success that brought about a change both in public and media perceptions.

The city was a decade ahead of the rest of Europe in recognising the importance of ‘image management’. In fact it became the benchmark for future ECoCs and a recognised point of reference for any city embarking on a renaissance project.

Once the media picked up on the fact that Glasgow actually knew what it was doing, coverage increased and was largely either neutral or positive (as the first graph, below, shows). After the event, media coverage began to exceed pre ECoC levels, becoming predominantly positive from 1999 onwards as Glasgow was used as an exemplar of best practice in managing the connection between culture and regeneration (for evidence of which, see the second graph).

Press attitudes in coverage of Glasgow before and during event year, 1986-1990

By the time Liverpool had picked up the baton for 2008, there was much wider public and media understanding of ECoCs, and of cities as destinations and venues for big-scale cultural events.

That meant expectations were higher and telling a convincing story was harder. There was a switch from simply talking about the cultural events themselves to a focus on the economic impact on Liverpool. Governance was also in the media spotlight – how the event was being run and by whom – in a way that didn’t happen at Glasgow.

One of the most compelling messages of Liverpool 2008 was how the whole city ‘owned’ the event. Messages such as ‘it’s our time, it’s our place’ engaged local people and focused on the wider community benefits. The rise of social media meant that ordinary people could create their own stories, and show that culture didn’t have to be elitist. A surprise hit of Liverpool 2008 was the amazing popularity of the bright yellow Superlambbanana. Locals and visitors alike posted photographs online of the fun sculpture – a cross between a lamb and a banana – so it became a cultural phenomenon, elevating it to iconic status.

Organisers recognised that certain media can have incredible impact – and they achieved what I call the ‘New York Times ripple effect’. Coverage in the influential paper about holidays in the city and historic tales about immigrants leaving Liverpool for the Big Apple, helped the city’s cultural messages to cascade down through other media. 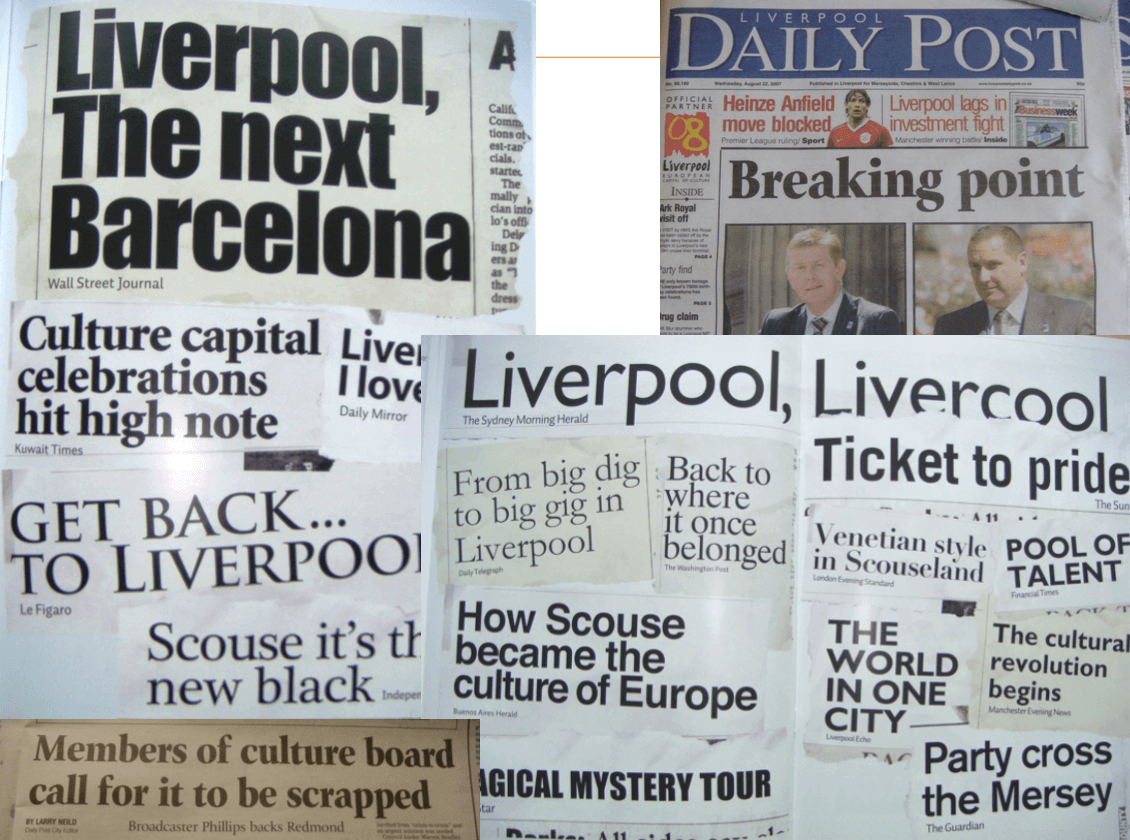 How cities can manage the media message

We are all much more media-savvy than we were in 1990. Most people are aware of what is a piece of PR spin or is linked to sponsorship. Social media has given diverse audiences new channels outside traditional media to share their stories and air their views.

At the same time, cities have much more sophisticated marketing machines than in the late 1980s and early 1990s. Any decent marketing manager knows that when it comes to communications there’s no one size fits all, and that their marketing plan must focus on how to reach many different audiences.

Based on my research, here are some of the tactics that organisers of cultural events can use to manage the media:

Overall, my paper evidences how national and international media references to a city’s ‘success’ at culture-led regeneration are key to the repositioning of cities within leading policy circles and this, in turn, influences the way local communities feel and talk about their city.