.
Since March 2014, the Institute of Cultural Capital has been developing a programme of research on the social value of cultural assets and interventions. Led by Research Fellow Gayle Whelan, this research approach includes social return on investment (SROI) analysis, which combines methodologically rigorous qualitative indicators of social value and financial proxy measures, to illustrate the economic cost benefit of cultural activities for commissioners and cross-sector stakeholders. Recent research on the social value of an award-winning dementia awareness programme led by National Museums Liverpool (NML), for example, shows a social return on investment of £1: £19.06 for NHS Health Education England.

Social value research complements and helps to fulfil one of the institute’s core objectives of examining the extent to which cultural organisations and sectors respond and contribute to public policy agendas in the UK, including mental health and wellbeing. Back in 2013, I commissioned a scoping study on the economic benefits of cross-sector collaborative cultural activity, in collaboration with colleagues at Mersey Care NHS Trust. Our ensuing social value research programme acts directly upon recommendations made in the report regarding the efficacy of SROI in research on policy-responsive cultural work. As we continue to develop research in this area, it’s important to pause and reflect on national policy discourse, and parallel debates within the academy on the measurement of cultural value, in order to continually re-assess the relevance of our work.

As a fundamental starting point, the Public Services (Social Value) Act 2013 legally requires public bodies to consider how the services they commission and procure might improve the economic, social and environmental wellbeing of the area. Understanding the social value created by public and voluntary services helps to ensure that services are delivering not only value for money, but that the impact of this work is far greater than just the activity or programme being delivered. The Minister for Civil Society has recently announced a review of the act (February 2017), emphasising that a commitment to social value ensures that public sector bodies are able to maximise the benefits of ‘tax payers’ money’.

There has been a gradual expectation in recent years that arts and cultural organisations in receipt of public funds via conventional routes, including arms-length bodies such as Arts Council England (ACE), should express their value and impact in social and economic terms that are recognisable to the treasury and other government departments. Shifts in funding patterns and commissioning, especially at regional and local authority levels, are placing a renewed emphasis on cross-sector outcomes and value for money, including for example direct commissioning of arts and cultural activities from statutory bodies including health and social care services. This trend is likely to continue given growing political recognition of the value of arts and culture to health and wellbeing agendas, including an all-party parliamentary group (APPG) inquiry, which is due to report in June 2017.

With specific reference to social value, a Tailored Review of ACE, published by the Department for Culture Media and Sport (DCMS) in April 2017, makes the explicit recommendation that the ‘Arts Council should build the sectors’ awareness of and skills in assessing the social value of their work, including through promoting the benefits of monitoring social impact and sharing best practice across the sectors and regions’. The Culture White Paper published by DCMS in March 2016, emphasised the instrumental value of arts and culture in its strategic ambitions relating to stronger and healthier communities, economic growth and asset-based place-making. Although there is little if any legislative substance behind the white paper, especially given changes in Westminster personnel in 2016 and the forthcoming General Election, it is fair to say that national cultural policy discourse in the UK is laden with expectations regarding the cross-government social value of arts and culture.

At a regional level, devolution discussions are also creating both opportunities and challenges for arts and culture in evidencing their integrated social and economic value. Culture is referenced in the Liverpool City Region devolution agreement as an integral part of the region’s economic strategy, to be underpinned by the creation of a strategic Local Cultural Partnership. In parallel to this, there is a growing momentum behind supporting and developing the social economy of the Liverpool city region, including the Liverpool Social Value Charter and research support from academic colleagues at the University of Liverpool’s Heseltine Institute for Public Policy and Practice in assessing the value of the city’s social economy. It seems sensible therefore that evidence-based connections are made with the social value of the cultural sector, both regionally and nationally, to ensure that it retains a seat at the political table. 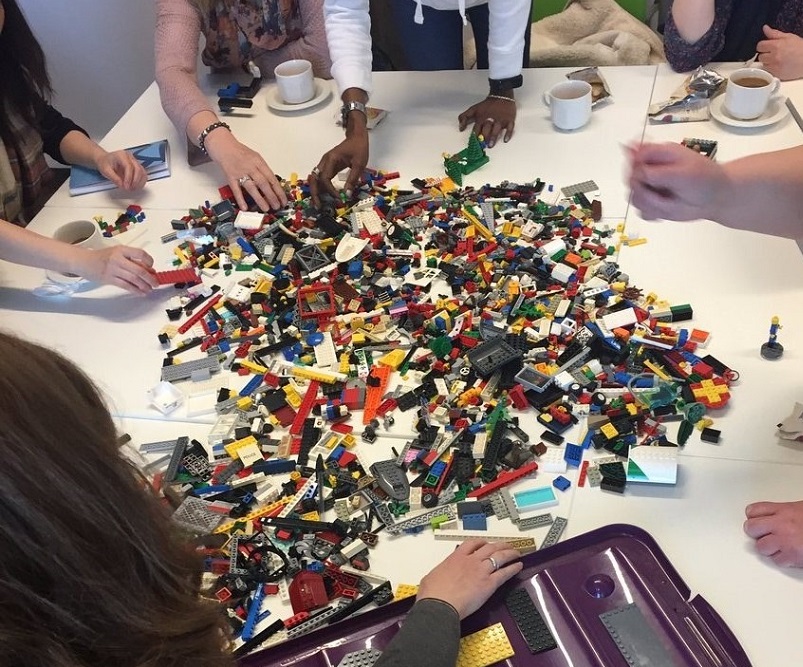 Cultural value and the academy

Research councils UK (RCUK) have worked in consultation with policy and practice communities to support research on different dimensions of cultural value, in direct response to changing funding climates and political expectations. This includes the cultural value programme led by the Arts and Humanities Research Council (AHRC). A report published in 2015 recommends paying equal attention to intrinsic and instrumental benefits of the arts, preferably via mixed-method, large-scale research projects. The report references ICC research on the social value and economic impact of creative interventions in mental health care (Joining the Dots, in partnership with Mersey Care NHS Trust) and on NML’s dementia awareness training programme (Crossing Boundaries), which both include social value and SROI approaches.

There is also evidence of direct funding of SROI research by the AHRC within the context of arts and health programmes, including for example as part of the four-year Dementia and Imagination study. There is arguably more representation and use of the method in consultancy-based applied research communities, spearheaded by agencies including Social Value UK. In our own experience of undertaking social value research and based on the number and range of enquiries we receive, there is a marked growing appetite for SROI evidence within arts and cultural sectors. It is reassuring on that basis to see emerging support for social value research within the arts and humanities, acknowledging that SROI research in particular is not without its detractors. Critics of the method often focus on the extent to which the final economic ratio is misappropriated or inadequately defended in policy and practice circles, with scant reference to the qualitative research that underpins SROI and reflects the more intrinsic value of arts and culture.

On balance, I have the courage of my convictions with regards to our research on the social value of cultural assets, which has become a core institutional asset in itself, not least with the opportunities created to explore the impact of our research with arts and cultural partners in light of how this evidence is used to sustain and develop programmes and strategic, policy-responsive organisational practices. We would welcome the opportunity to open up the debate on social value in arts and culture, and to hear about your experiences of using social value research and evidence. Does it matter to you?