This thematic area examines how public perceptions of Liverpool – and the portrayal of the city in the media – have changed in the years before and after it became the ECoC, with a view to determining whether the event has had any long-term impact in these respects. Our research here has involved content analysis of press coverage, focus groups with local residents, and surveys of both the local and national population.

A number of methodological tools were employed by Impacts 08 in its examination of the impact of the ECoC on representations and perceptions of Liverpool locally, nationally and internationally. Impacts 18 has placed particular emphasis on the longitudinal analysis of press coverage – a core building block of the original evaluation. Perception data has been gathered via our Neighbourhood Impacts and Visitor Survey projects.

Impacts 08 provided valuable empirical evidence of the impact that bidding for and hosting an ECoC can have on the image of its host city, covering the period 1996-2008. In examining the legacies of the ECoC 10 years on, the Impacts 18 programme is aiming to understand:

The project is divided into two strands: 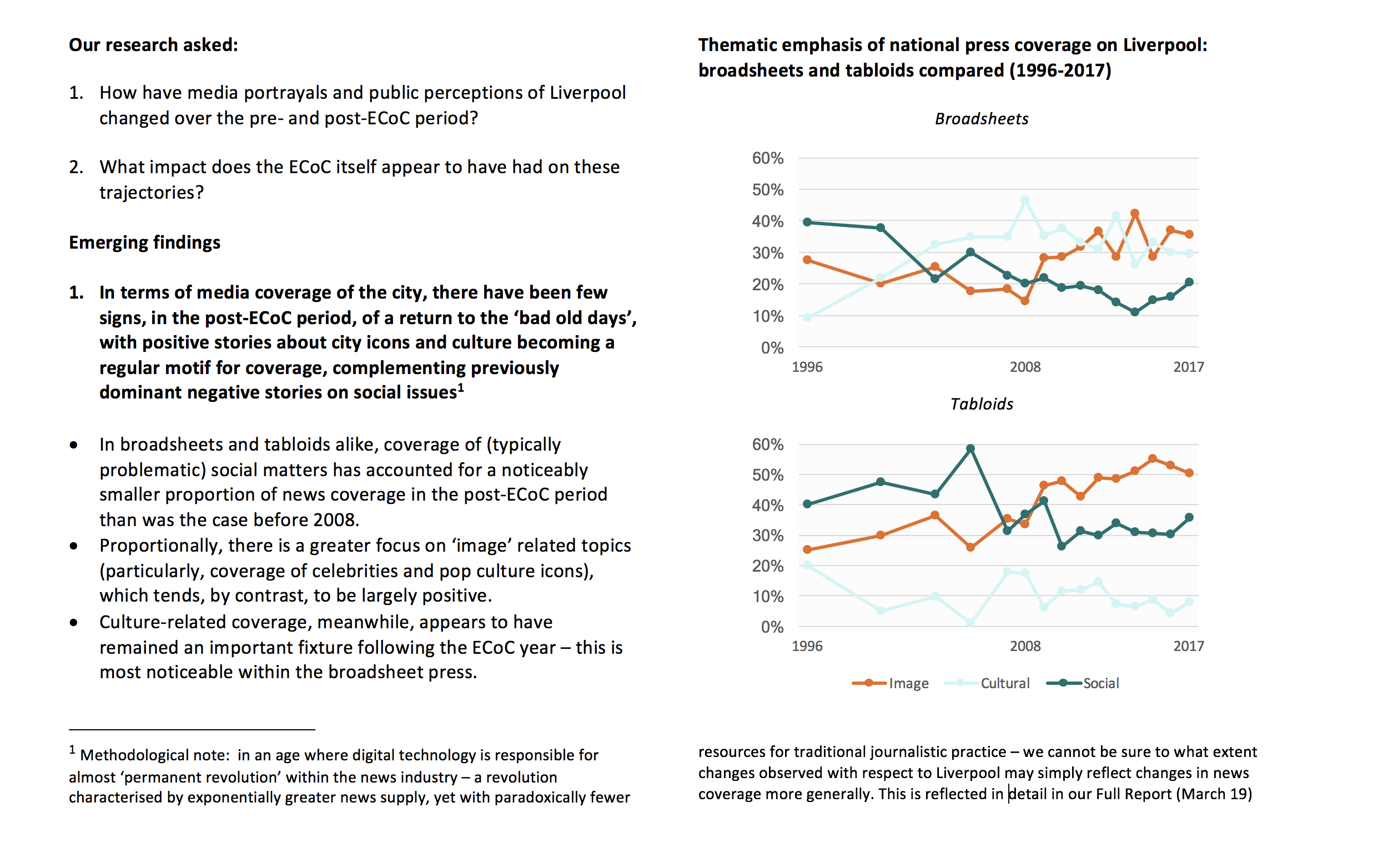 We have assessed local perceptions of Liverpool as an ECoC through repeated surveys across four representative neighbourhoods (Aigburth, City Centre, Kirkdale and Knotty Ash). We have also assessed national perceptions through a survey of 2,007 UK residents in 2018. 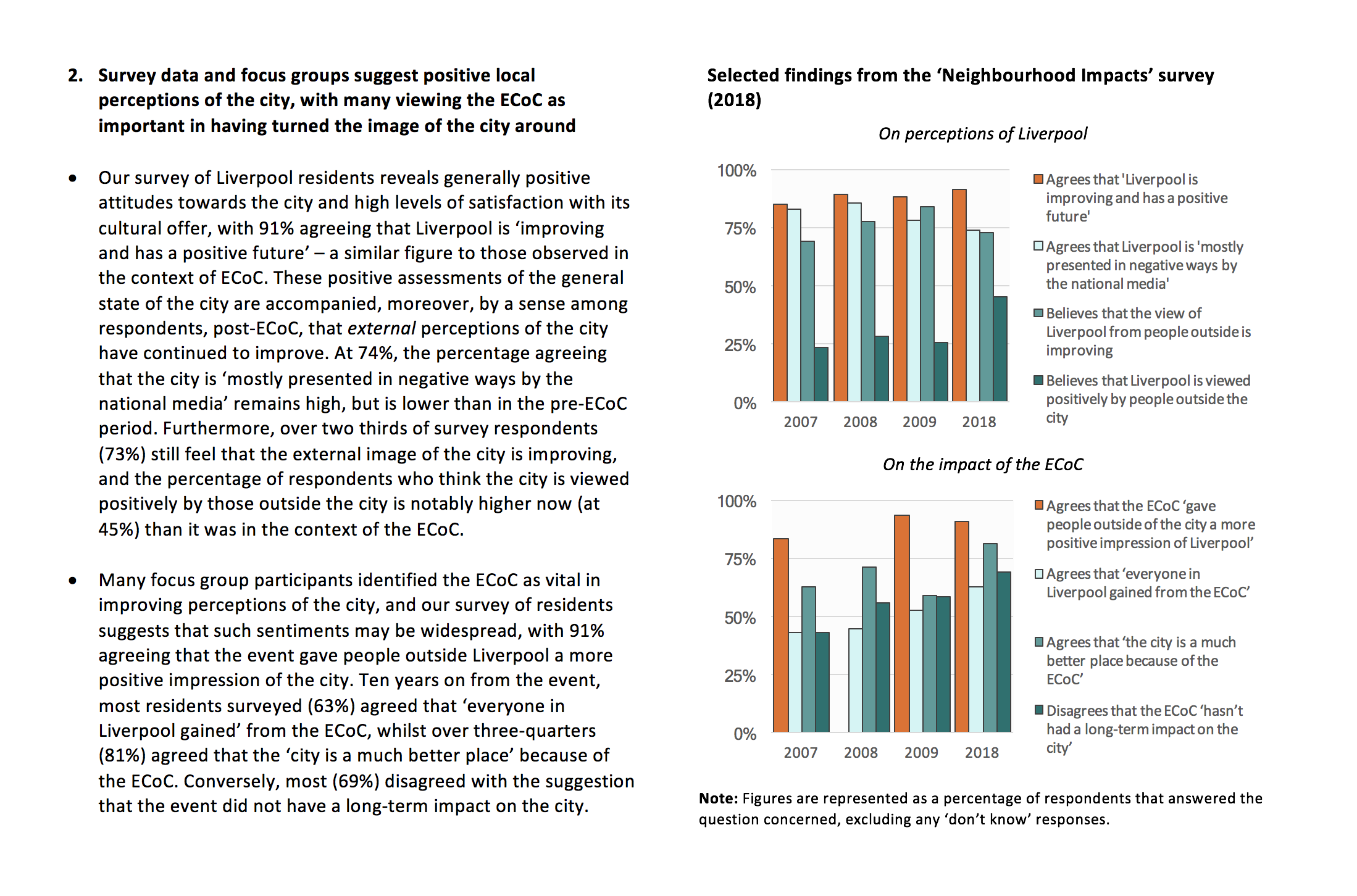 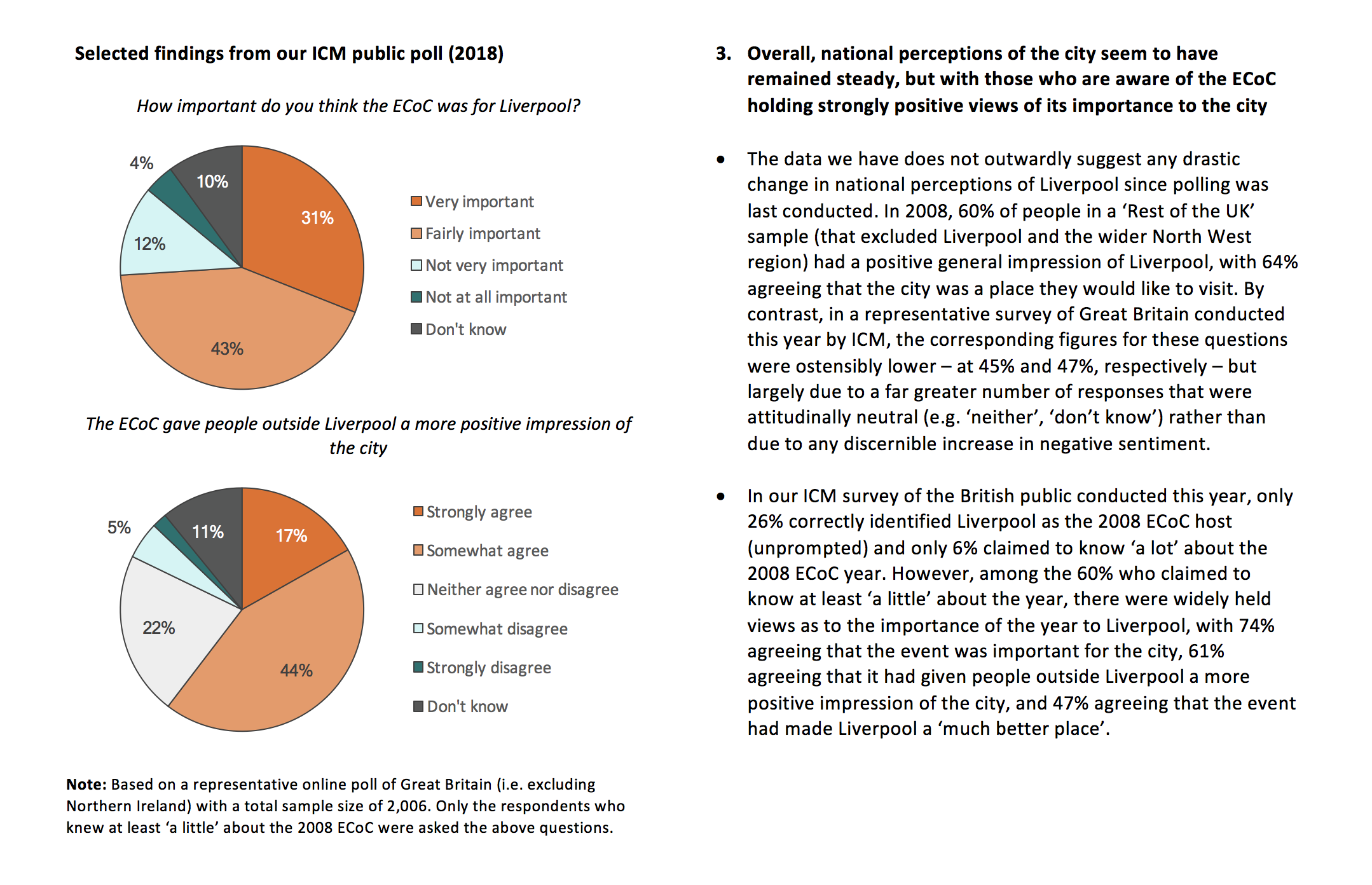